How grandparents can get custody of  grandchild in Arkansas

Parents take their responsibilities very seriously. This can lead to intense child custody battles when parents choose to divorce. However, parents are not the only people who take a vested interest in a child’s life. Oftentimes the child’s grandparents are also interested in having a relationship with the child. 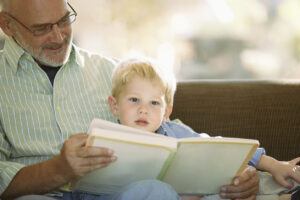 Conditions when grandparents can file for child custody in Arkansas

First: a grandchild must have resided with the grandparent for one continuous year. This applies regardless of the child’s age.

Finally: the grandparent must have filed for custody over the child within one year of the time when the child was living with that grandparent.

If these conditions are met, the court will make a custody determination in the best interest of the child. This decision is to be made regardless of the grandparent’s gender. Additionally, the court will take into consideration the custody rights of the child’s parents.

Grandparents throughout Arkansas should understand when they have a legal right to seek custody of their their grandchildren. If a grandparent has been the sole provider for a grandchild, legal protections might be in place so that the relationship can be nurtured.

Please fill out the form below and one of our attorneys will contact you.